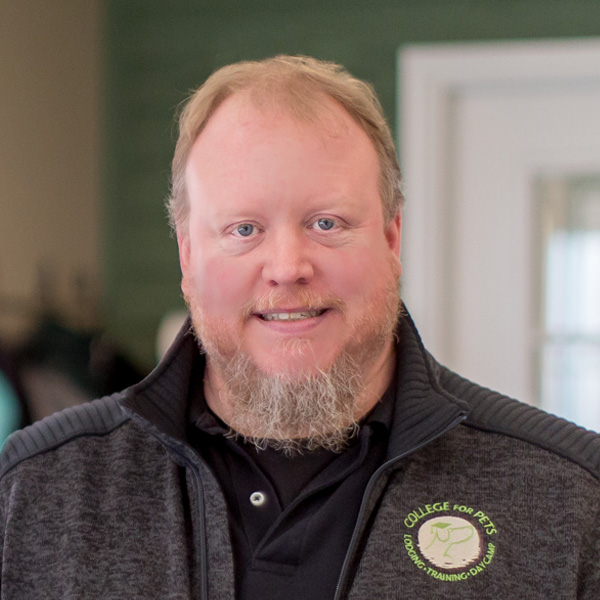 White Mountain K9 Academy was started in 1996 and operated from a tiny cabin in Lincoln, NH. In 1998, Mike purchased Ebony Kennel in Plymouth, NH and combined the two businesses. A couple of years later, White Mountain K9 academy was rebranded a White Mountain College for Pets, to better reflect the training offered to a variety of pets. In 2014, a second training location was opened in a busy shopping plaza in Plymouth.

When not picking dog hair from his mouth and herding people and their pets, Mike enjoys exploring historical and abandoned locations around New England. There’s a need to preserve, at the very least, a memory of those who have gone before us.

Mike is an airplane pilot, wildlife rehabilitator, and a self described pathetic, but hopeful woodworker?